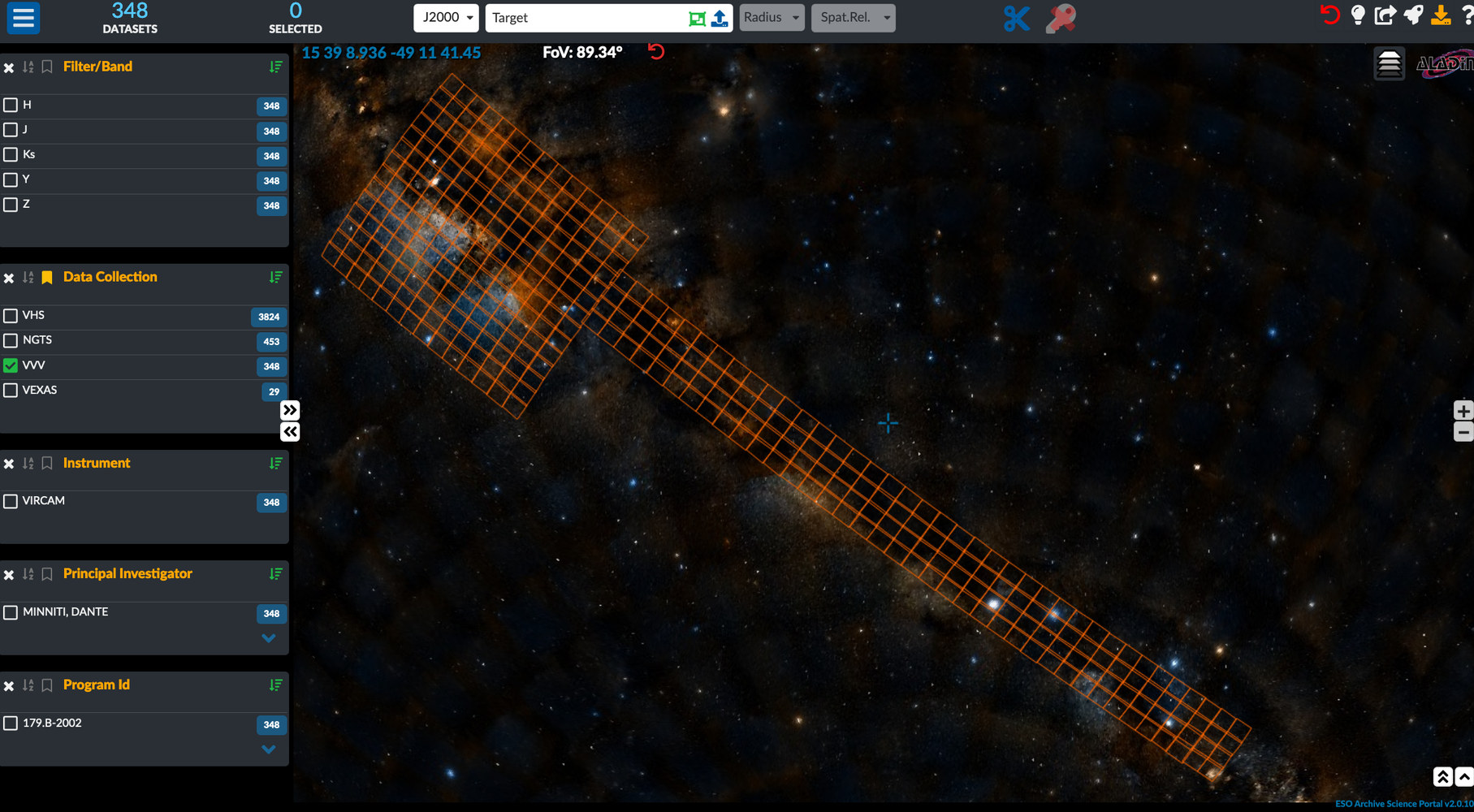 A new version of the VVV VISTA Public Survey source catalogue is now available from the ESO Archive. The imaging data in the ZYJHKs bands from which the source catalogue is extracted are acquired under ESO programme 179.B-2002 before the 26th of September 2015.

The source catalogue covers the full area of the VVV survey on the Milky Way bulge and disk. It comprises 348 survey tiles for a total of 540 deg2 where more than 590 million sources are detected. Compared to the previous published versions, this catalogue provides additional data, it includes two separate epochs of contemporaneous JHKs photometry and two separate epochs of contemporaneous ZY photometry.

The VVV images utilized for the source extraction were processed with pipeline version v1.3 or grater by the Cambridge Astronomical Survey Unit (CASU). These higher versions of the pipeline implement significant improvements to the data quality, such as improved photometric calibration procedures and more extensive Quality Control to identify bad data. Source catalogues were then created by the Wide Field Astronomy Unit (WFAU) at the Royal Observatory, Edinburgh.

The catalogue entries can be browsed via the Catalog Query Interface or TAP; the catalogue FITS files can be discovered and downloaded via ASP or programmatically. More details are provided in the accompanying documentation.