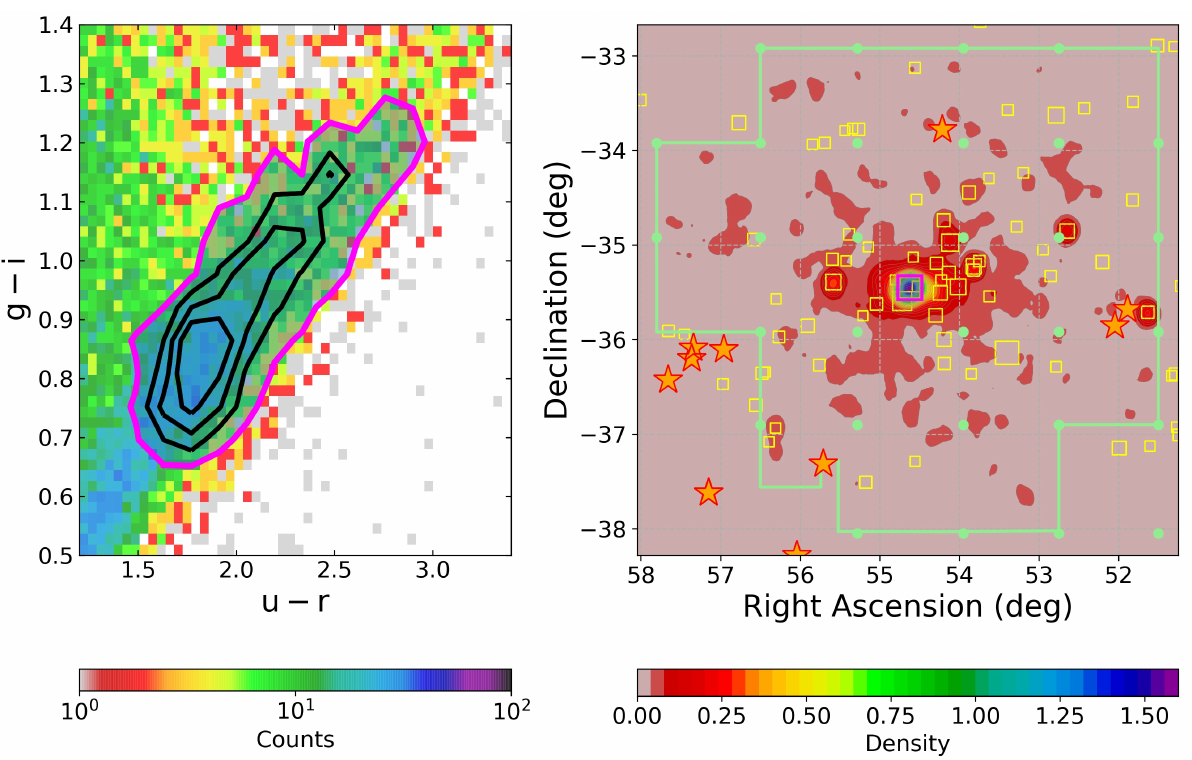 The second data release from the Fornax Deep Survey with VST projects is now available on the ESO archive and it is accessible to the community via the Science Portal, programmatically, and via the Catalogue Query Interface. This data release follows the publication of the refereed paper by Cantiello et al. (2020).

This second release provides ugri-bands photometric and morphological parameters for 1.7 million sources over the ∼21 square degree area of the Fornax Cluster centered on the bright central galaxy NGC 1399. Additionally, photometric and morphological parameters in the gri-bands are provided for 3.1 million sources located on a wider area of ∼27 square degrees which extends to the direction of the galaxy NGC 1316, also in the Fornax cluster.

The catalogues contain sources detected down to a 5-sigma magnitude limits which correspond to 24.1mag, 25.4mag, 24.9mag, 24.0mag in u-, g-, r-, and i-band, respectively (calculated for point sources). The total volume of the released catalogs is 1.2Gb.

The second release also increments the previous image release with ~7.5Gb of images and weight maps for the FDS field n. 8 that have been processed and calibrated by the AstroWISE.

More information about the release content can be found in the accompanying documentation.