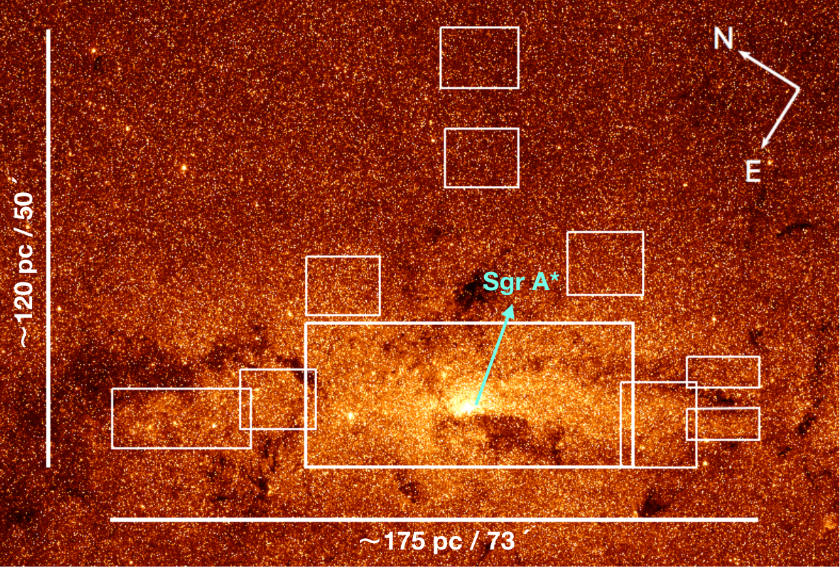 The goal of GALACTICNUCLEUS survey (ESO Large Programme 195.B-0283, PI Rainer Schödel) is to build a single-epoch high angular resolution (0.2”) source catalogue of the Galactic Center in the near infrared bands J,H,Ks. Data were acquired with HAWK-I between June 2015 and June 2018. They covered seven regions spread over the nuclear stellar disk, the inner Galactic bulge and the transition region between them, for a total area covered of about 0.3deg2. The final catalogue includes accurate PSF photometry for 3.3x106 stars. The 5-sigma limiting AB magnitude for the different NIR bands are J~22mag, H~21mag and Ks~21mag. The released catalogue also provides absolute coordinates for all the sources.

In addition to the source catalogue, this data release includes images and related error maps from which the catalogue was extracted.

More information is available in the release documentation, data are downloadable via the ESO Science Portal or programmatically, the catalogue can be queried via the Catalog Facility or TAP.